Our Favorite Baby Names of 2011

This week, Baby Center came out with their list of the hottest baby names of 2011. The girl names read like the credits on a Twilight movie—Sophia, Emma, Isabella, Olivia and Ava top the list. The boy names, while less Vampirey in nature, were dominated by J and L names, like Jackson, Jayden, Logan and Liam.

But we all know that when it comes to names, popular is not always a good thing.  From bloggers, television shows, and books, 2011 was filled with fabulous and less than usual names that came to our attention. Here are OUR top ten favorites:

1. Primrose
This year, Lionsgate films release a trailer for Suzanne Collin’s The Hunger Games triology. The books were phenomenal, and the movie looks to be just as good. The series is full of unusual and interesting names, but the best is Prim, short for Primrose. As a character, she is both sweet, sympathetic and tough. As a name it is feminine and unique.  Other great names from the series: Rue and Gale. Sorry, Katniss. But I don’t think you’ll be the next baby name craze.

2 and 3. Boheme and Reverie
Girl’s Gone Child blogger Rebecca Wolff had twins this year and named them Boheme and Reverie. These names are unique and meaningful and seem to encapsulate the personality of these little babies so perfectly. The names compliment without being matchy and seem weighty enough to follow them as they get older. If you want to know more about these names, Rebecca Wolff wrote a post explaining them in detail.

4. Monroe
Mariah Carey and Nick Cannon had their much anticipated and very hyped twins. Named Moroccan and Monroe and nicknamed Rock and Roe, these twins are already getting on my nerves just a little with all their magazine and TV appearances. But I do love the name Monroe. It’s a stylish alternative to the insane popularity of Madison.

5.  Pippa
You know her and can’t help loving her and neither can we. Phillipa Middleton, sister of the girl who married Prince William, is quickly becoming more popular than her sister. Spunky, pretty and bright, this girl also has a name that is full of moxie.

6. Gemma
Kristin Davis became a mom this year. The Sex and the City star named her baby Gemma Rose. The name is just too lovely for words and perhaps it will start a new baby naming trend?

7. Arlo
Jackass star Johnny Knoxville has been banged in the head quite a bit, but it hasn’t impacted his ability to name his daughter. This year, he and his wife Naomi Nelson welcomed baby girl Arlo. The name, previously reserved for old men who chew pieces of grass and talk about the weather, is getting a renaissance as a girl’s name. And as a girl’s name it is refreshingly unique without being obnoxiously you-nee-k. A similar name that also seems to be gaining ground is Arliss.

8. Delilah
Once the seductress of a Biblical tale of caution (aren’t they all?), Delilah was the bold baby name choice for Kimberly Steward and Benicio Del Toro. Even if she is evil in the Bible, that doesn’t stop this name from being a wonderful moniker for any girl.

9. Penelope
When Tina Fey names a baby, she names a baby one of the best names of all times. The name Penelope has just as much spunk as any character Tina Fey has ever played. Plus, the name lends itself well to the nickname Penny.

10. Sadie
Christina Applegate and her husband Martin LeNoble began 2011 by welcoming Sadie Grace into the world.  In a world of cutesy names that end in –ie or –y, Sadie is a surprisingly mature name that will age well. And if baby Sadie has her mama’s looks, she’ll age well also.

GO TO THE NEXT PAGE FOR THE BOY NAMES

1. Bear
Alicia Silverstone and husband Christoper Jarecki welcomed baby Bear Blu into the world this year. And while the middle name isn’t so wonderful, the name Bear is bold, strong and full of power. Much like the animal and Man V. Wild star Bear Grylls, you don’t mess with this name.

2. Gale
Yes, this is another Hunger Games triology name and no, I won’t apologize for it. Perhaps it’s this names closeness to nature—a gale force wind. Or the character’s benevolent strength, or perhaps it’s because it’s one of the few times, a boy name can appropriate a girl name (Gail/Gayle), but this name has sticking power.

3. Weston
Jenna Fischer could have named her baby Pants, and we’d probably love it too. That’s how awesome she is. But fortunately, the star of The Office chose a great name for her son, Weston. A strong name, with the cool nickname of Wes. Good job, Jenna Fischer.

4. Milo
Alyssa Milano named her baby boy Milo Thomas and while her recent work in Alvin and the Chipmunks: Chip-Wrecked leaves much to be desired, her baby name is just fabulous.

5. Theodore
Speaking of Alvin and the Chipmunks, while the movies make most parents want to run screaming to the nearest exit, the name Theodore is a classic. Let’s hope that this name makes a comeback, sans the high-squeaky voices.

6. Bingham
Born to Matthew Bellamy and Kate Hudson, baby Bingham is sure to be a looker and with that name to-boot, he’ll have to go into show business.  Although the nickname Bing is shared with a search engine, which is not a point in the names favor. But I’m sure baby Bingham will muddle through somehow.

7. Waylon
Drea de Matteo and Shooter Jennings named their baby boy Waylon, and family heritage aside, this name is just plain awesome. Definitely the perfect name for any future rocker. Also, baby Waylon has a big sister named Alabama. These kids are already too cool.

8. Felix
30 Rock star Elizabeth Banks and her husband Max Handleman welcomed baby boy Felix into the world this year. The child is their first and is already blessed with an name that is unique without being weird or trendy

9. Wolfgang
Okay, so Wolfgang (Wolfie) Novogratz is 12 years old. But an article about the Novogratz family and their unique baby names went viral this year and caused quite a stir. Robert and Cortney Novogratz of Sixx Design are known for their designs on 9 by Design on Bravo are parents to seven children—Wolfgang, Tallulah, Bellamy, Breaker, Five and Holleder.

10.  Abraham
Between Delilah and Abraham, it looks like Biblical names are on the rebound. Ziggy Marley, welcomed a son in February of 2011 and named him Abraham.  Baby Abe has two brothers—Judah and Gideon. These names are big, Biblical and beautiful. Here’s hoping the Marley’s have more babies just so they can name them.

About the Author:
Lyz Lenz is a writer, a mom and a midwesterner. Although, not in that order. She lives in Iowa and on the web at LyzLenz.com

Just because it’s popular, doesn’t mean it’s good. Here’s OUR take on the best baby names of the year. 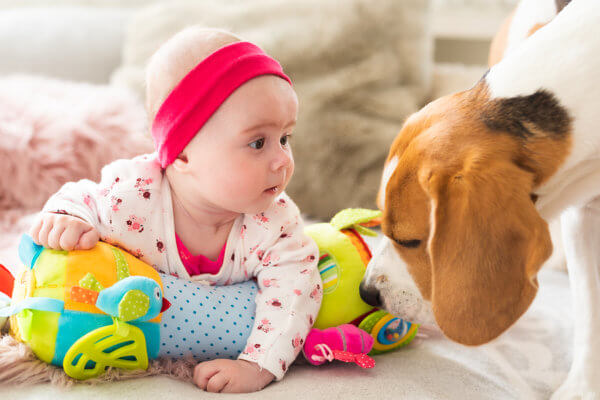 Preparing Your Pet for the New Baby 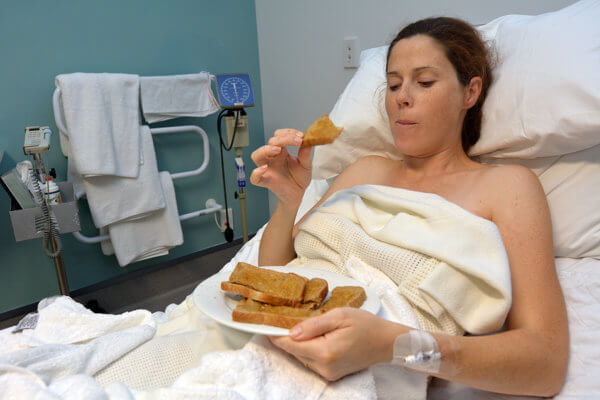 Is Eating During Labor Safe?

How to Prepare for the Arrival of Your Baby