Life is about to get a little more magical for Magic Mike star Channing Tatum.

Jenna Dewan-Tatum the actor’s wife of three years, is pregnant, their rep tells Us Weekly. “Jenna Dewan-Tatum and Channing Tatum are pleased to announce that they are expecting the birth of their first child next year.”

“It was a total surprise,” an insider tells Us of the pregnancy, adding that Tatum, 32, is taking a full year off to be with his expectant spouse and their baby-to-be, due sometime in 2013. (Incidentally, the 21 Jump Street actor told Entertainment Weekly recently that he wanted to step back from acting to focus on a few behind-the-scenes projects with his production partner, Reid Carolin, who wrote the screenplay for Magic Mike.)

“I would hope so!” the dancer-turned-actress told Us in January when asked if kids were in the couple’s future. “I just don’t know when. When it’s meant to be, it will happen.” 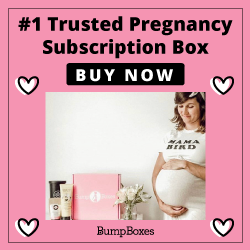