It seemed that in the days leading up to having my baby, and especially after he arrived, that there was always something for another mom to criticize or say that she did differently or better, because new moms believe that what they are doing for their baby is by far the best and most amazing thing ever.

I realized that being a young, new mom and having other mom friends was a little like being in high school again. The comparisons start early: Natural birth vs. medication; Formula vs. breastfeeding; Organic fabrics vs. regular; Making your own baby food vs. buying jarred…the list can just go on and on. Once the baby is born, it’s milestones this, milestones that! I never knew I could be so obsessed with when someone would decide it was time to roll over!

My mother warned me about this competitiveness between new mothers, and I promised I wouldn’t let it affect me, but I think it’s tough NOT to,
especially in this day and age. With computers, blogs, forums, and Facebook, everyone is always posting about what their little person did that day or bragging about an achievement. Having a blog made the bragging part easy, and I recall the first time I really felt competitive was when my son said his first word, Mama, at six months old.

Little Zachary received praise from my blog post and Facebook and even the pediatrician was impressed! Being proud of your kid is a pretty powerful feeling! But at the same time, having access to all of this information (blogs, Facebook, forums, etc) and seeing what people post about their kids can have the reverse effect, too, when you realize everything that someone else’s kid is doing that yours isn’t yet. It makes you feel frustrated and wonder when your child will do that, too.

As the babies I knew got a little older and developed so many new skills so quickly, I was amazed at the differences and advances in development between so many different babies of different ages, which brought me to a realization. Even though my son had first spoken so young, he also very quickly began to crawl, then stand, and at only 11 months, he took his first steps and pretty much took off running! I knew other children his age who were talking up a storm, but couldn’t yet walk.

Babies were funny like that, weren’t they? Just little people with different strengths and weaknesses, constantly in development. I wondered why I hadn’t realized these things before, and I wished that I had. Mostly, I wished I had paid more attention to my mom’s advice, so that I wouldn’t feel badly every time I read about a milestone my child hadn’t hit yet.

It dawned on me, then, that we all complete our journeys at some point. What doesn’t matter is how long it takes or in what order – what matters is that we arrive.

All in good time for my son. All in good time. I don’t worry too much about milestones anymore. I have a happy and healthy boy and I enjoy every day with him and every little thing that he does!

Being a young, new mom is a lot like being in high school again. 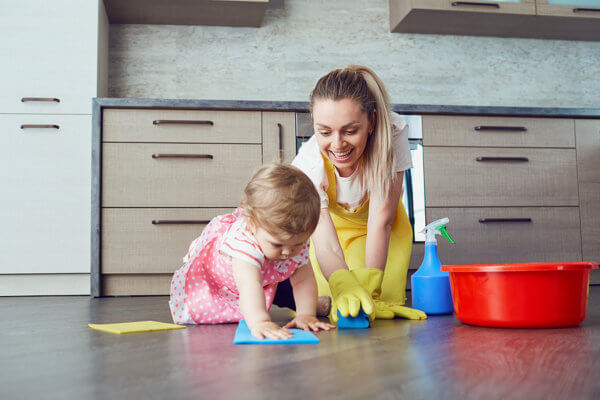